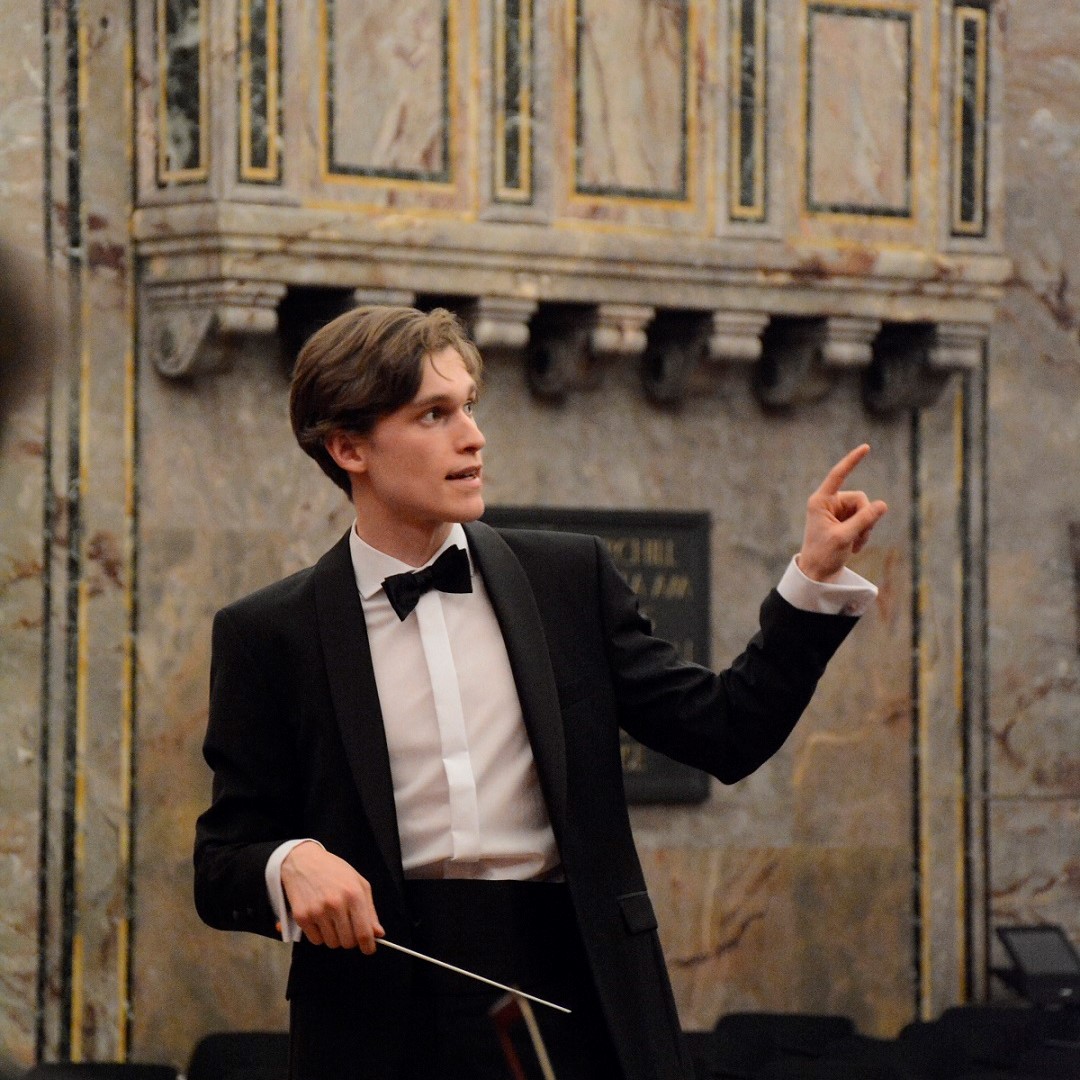 Leon Felix Schlagintweit was born in 1996 in Starnberg near Munich. He received his first violin lessons at the age of five, and began piano lessons one year later. Since then, he has been active on both instruments, with both solo and chamber music repertoires. His previous violin teachers include Michael Friedrich (member of the Bavarian Radio Symphony Orchestra), Manuel Oswald and Stefan Tarara. As a violinist, he has been a member of several orchestras, including the Junge Münchner Symphoniker, the Symphonieorchester der Studienstiftung des deutschen Volkes, the Akademisches Orchester Zürich and the Jugendorchester Thurgau.

He began conducting in 2015 in the course of founding the University Orchestra Polyphonia Zürich, which he has since consistently conducted, with the exception of the two projects in 2018. He has taken conducting lessons with Nil Venditti, Delyana Lazarova, and Francesco Cagnasso, and completed a masterclass with Prof. Nicolás Pasquet, among others. In January and February 2020 he assisted with a production of Tchaikovsky’sEugene Onegin at the Norwegian Opera in Oslo (conductor: Lothar Koenigs). Leon Felix Schlagintweit will complete his master’s degree at ETH Zurich in the summer of 2022 and will then begin studying music.